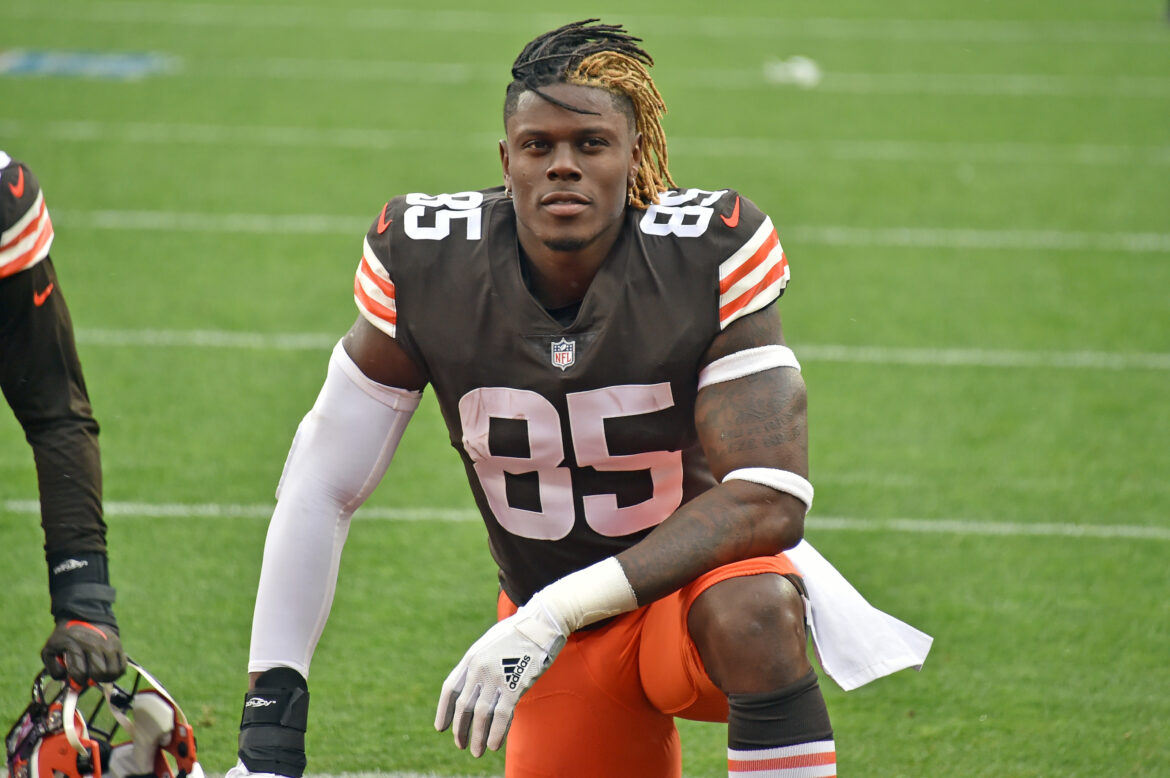 The Cleveland Browns have decided to place the franchise tag on tight end David Njoku ensuring he does not leave via free agency.

David Njoku has received the franchise tag according to reports. Njoku is the first player to receive the tag this season and done just before the deadline to tag a player.

It was a bold move by the Cleveland Browns to place the franchise tag on David Njoku. Njoku has been incredibly underwhelming throughout his career, finishing with just 36 receptions for 475 yards and 4 touchdowns, ranking 24th, 22nd, and tied for 12th among tight ends in 2021. For reference, Njoku’s best season in 2018 with 56 receptions, 639 yards, and 4 touchdowns would be tied for the 13th, 12th, and tied for 12th respectively this season.

When looking at his career overall, David Njoku has eclipsed the 60-yard barrier just seven times, two of which came last season. The complete outlier 149 yard performance and what was his previous career-high of 76 yards in Week 1. Prior to that the last time Njoku reached 60 yards in a game was at the end of 2018. 49 of his 65 career games have seen Njoku total less than 40 yards receiving. In fact, he is more likely to have 0-20 yards (37 occurrences) than 21 or more (28 occurrences).