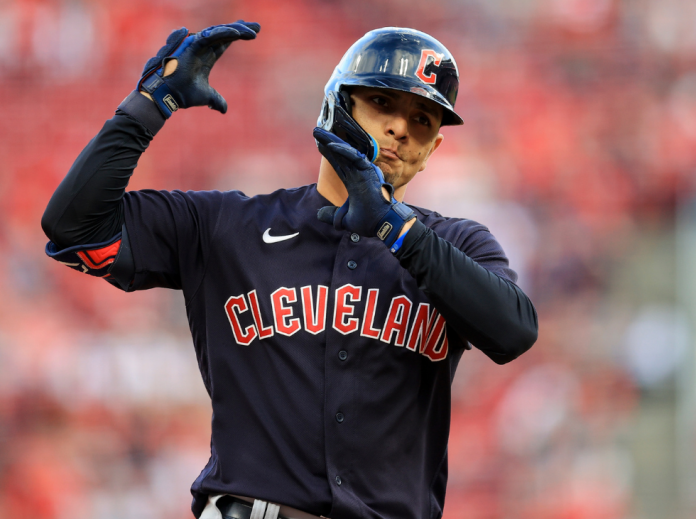 Andres Gimenez has bounced back and forth between second base and shortstop, but that has not stopped his offensive production. While it took a few games to get going, Gimenez has been able to put together an impressive start to the season.

In 19 games Andres Gimenez has a slash line of .346/.352/.577 with two doubles, two triples, two home runs including his grand slam against Oakland and a WRC+ of 168. This is a welcome sight for the Guardians as Amed Rosario has been slumping for the majority of the season. While Rosario is dealing with an injury, Gimenez has been able to step in and exceed his production in his absence.

Andres Gimenez currently has a BABIP of .410, a high number that is certain to correct itself as it is nearly 100 points higher than his career-best with the Mets in 2020. One thing that does appear to be promising is the continued increase of hard hit percentage. Gimenez has gone from 26.4% in 2020 to 30.4% in 2021 and now 34.1% in 2022. Exit velocity and barrel percentage have also gone up to career highs of 88.1 and 4.9% respectively.

The thing to keep in mind with Andres Gimenez is that he is still a young player. There are going to be corrections of sorts and maybe even slumps. Year two in Cleveland seems to be off to a much better start than year one and Gimenez seems poised to take the starting shortstop job sooner rather than later.