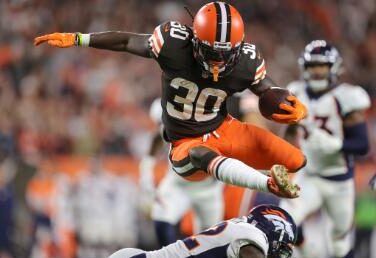 Cleveland Browns running back D’Ernest Johnson has not signed his restricted free agency tender as of yet. Johnson was in attendance for voluntary workouts in Berea.

Cleveland tendered D’Ernest Johnson with the right of first refusal allowing them to match any offer from another team. Johnson is part of a crowded running back room which features Nick Chubb, Kareem Hunt, Demetric Felton, and newly drafted Jerome Ford. A shuffle of some sort appears inevitable as the team continues to make changes to their roster before the season.