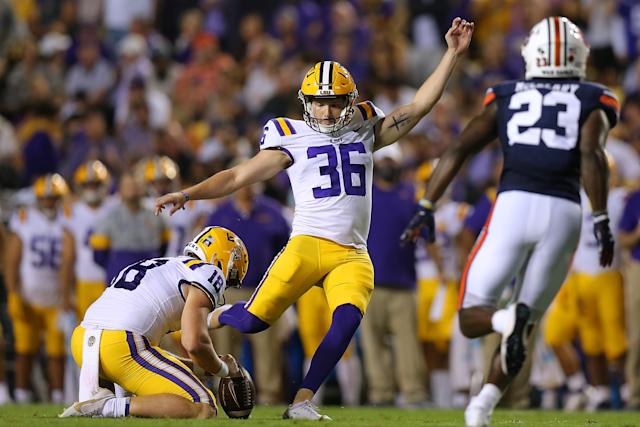 2022 Fourth Round selection Cade York has stated that he will reach out to valuable resource when it comes to kicking in Cleveland, Phil Dawson. York made that statement on ESPN Cleveland Monday morning.

Turning to Dawson when it comes to kicking in Cleveland is a wise move by York. There is the famed Phil Dawson flag, which is the only true indicator of wind in the stadium. Dawson made 152 of 179 field goal attempts (84.9%) at home with the Browns and 180 of 185 extra-point attempts (97.3%).

Cade York comes to Cleveland to hopefully provide some stability at the kicker position since the aforementioned Dawson left. York made 164 of 168 field goals (97.6%) and 54 of 66 extra-points (81.8%) in three season at LSU.