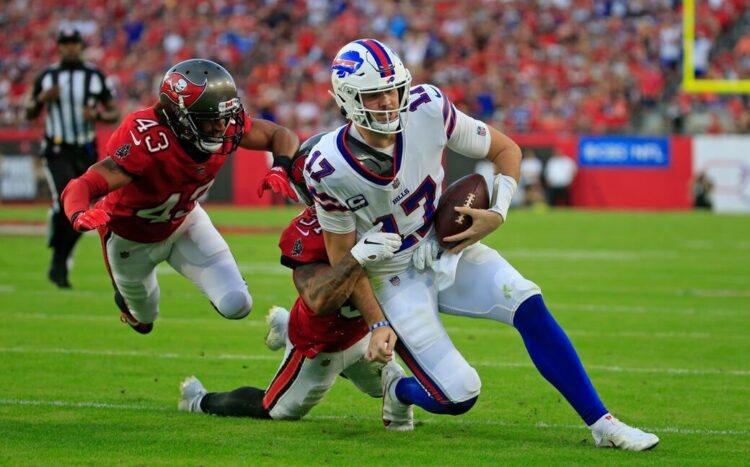 The Buffalo Bills quarterback is day-to-day with a foot sprain sustained in the loss to Tampa Bay Sunday.

Even though Josh Allen was seen in a walking boot following Buffalo’s loss to Tampa Bay Sunday, any sort of major injury has been avoided. Bills coach Sean McDermott said that Allen had a foot sprain and is considered to be day-to-day.

Sean McDermott says that Josh Allen has a foot sprain and is day-to-day.

McDermott would later add that Josh Allen could play next Sunday.

Buffalo will host the Carolina Panthers in Week 15 which should be a win for the Bills. If Josh Allen is unable to go, Mitchell Trubisky would start in his place. The Panthers have lost three straight and have not looked good in the process. Perhaps a spot start for Trubisky could be an option, but with Buffalo currently clinging to the seventh playoff spot, they would prefer Josh Allen to be available.