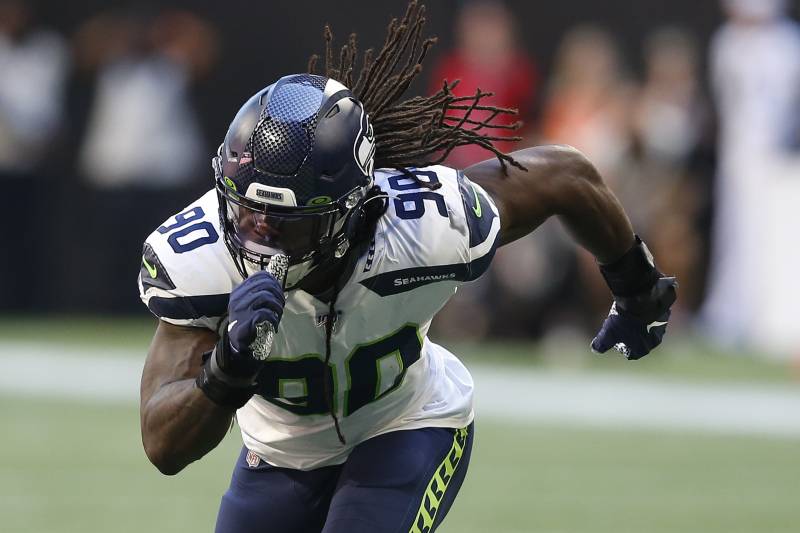 The rumors involving the Cleveland Browns and free agent defensive end Jadeveon Clowney are picking up again after a comment from Charles Robinson.

Here we go again. The Cleveland Browns are again linked to Jadeveon Clowney. Cleveland was linked to Clowney earlier this offseason, but rumors have picked up again this week.

“I still think it’s the Browns, I really do.”

For those concerned about cap space Robinson had an answer for that as well.

“The Cleveland Browns are a team that has a ton of cap space. They have Olivier Vernon, who, if they cut Olivier Vernon tomorrow, it’s a $15 million cap hold.”

Signing Clowney to a deal he is seeking and swapping him for Vernon is a lateral move money wise. The only difference is the length of the deal for Clowney vs. Vernon’s.

There is a lot to consider with this move and not all of it is money related. The concern is injuries. Jadeveon Clowney has endured a lot of injuries and it is highly unlikely as something that will change as his career progresses. Why would such an analytically driven front office look at the literal definition of injury risk in Jadeveon Clowney and say that they want to sign him?

The reality is that signing Jadeveon Clowney will not make the Browns defense elite. Chances are they will not be better than average if they are even at that level. The defense has a ton of holes and is the clear weak spot on the team. Signing one player will not make that much of a difference, even if it is someone with the talent that Clowney has.

Ignore the name recognition and realize the addition of Jadeveon Clowney does not transform the defense as much as some think it will.